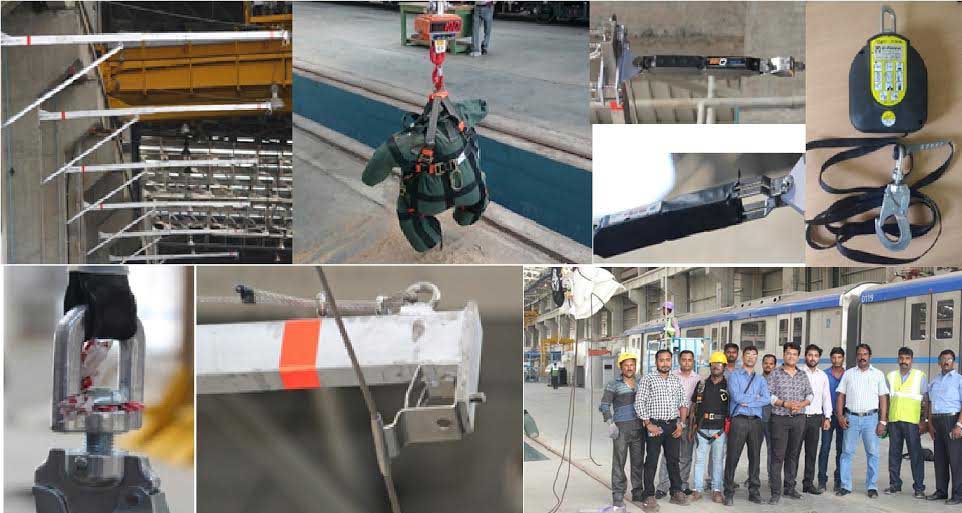 It is our pleasure to let you know that we are one of the only permanent lifeline system provider who has installed a 4 meter retractable fully SS316 system and conducted a successful load test by using 2 no.s of 100 kg dummy dropping simultaneously from a height of 4.3 meter.

Our Engineering and R&D team has taken a time period of 78 days to develop, to implement and to take our load test to make it a grand successful.

We performed this load test in-front of our client (CMRL) and Bureau Vetritas.

In the above image, we have shown how the system has arrested a 2000kg weight in a single impact.

Due to the fall, initially fall arrester locked and its indicator released

Fall has happen in between two intermediates, so the intermediates have taken a minimum load by bending itself

As the weight increases beyond 600 kg, the tension of the wire rope increases and it leads to the activation Energy absorber

We have proved once again that we can give any critical work at height solution by providing permanent lifeline system.